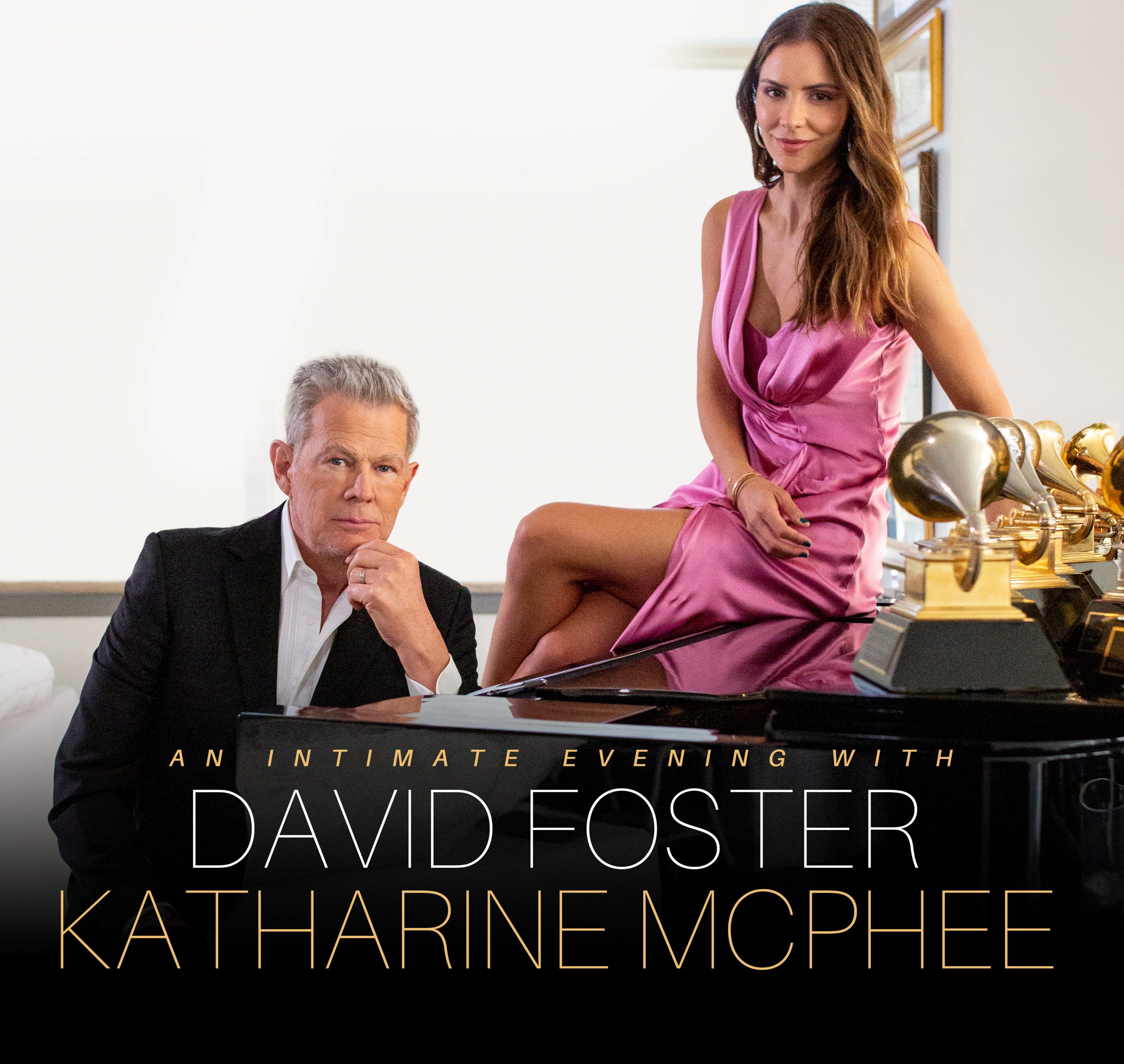 About An Intimate Evening with David Foster & Katharine McPhee

Katharine McPhee found great success in music after her turn on Season 5 of American Idol. Katharine’s first single debuted at #2 on Billboard’s Hot Singles chart, and her debut album landed on the Billboard 200 chart, going gold in 2008. Katharine found success in theater, starring in the U.S. and U.K. productions of ‘Waitress.’ Most recently, she starred in the Netflix Original Series COUNTRY COMFORT and the CBS spy drama SCORPION. She was also featured in NBC’s award-winning musical series SMASH, executive produced by Steven Spielberg.

This intimate show with the powerhouse duo will be packed with David’s timeless hits from Chicago, Whitney Houston, Celine Dion, Josh Groban, Michael Bublé, etc., and Katharine’s biggest songs from American Idol, Smash, and Waitress. Plus, some of their favorites that they just love!