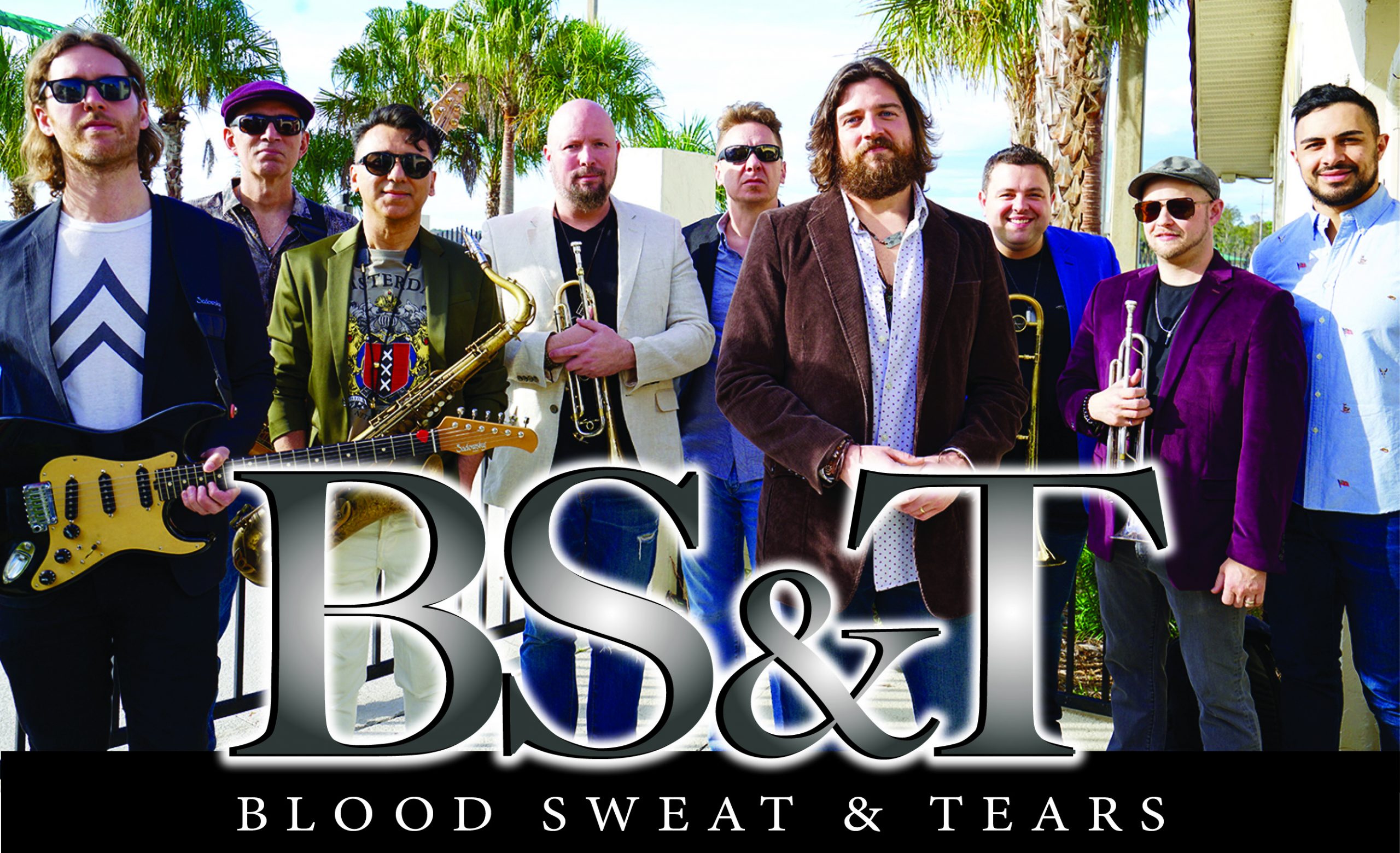 Blood, Sweat & Tears is not the first band to ever use a horn section, but they are the first to fuse it with rock, jazz, and some blues thrown in for good measure.

Boasting a more than 50-year career, BST has amassed numerous accolades and has performed at some of the most iconic events in music history, including Woodstock.  They earned the Grammy Award for “Album of the Year” in 1970, beating out the Beatles’ “Abbey Road,” with it going on to achieve quadruple Platinum status with sales well over 4 million units.  Blood Sweat & Tears received 10 Grammy nominations, won 3, and was inducted into the Grammy Hall of Fame in 2002.

Blood, Sweat & Tears never fail to light up the stage, and electrify concertgoers with an unforgettable musical experience performing all of the band’s powerhouse Billboard Top 40 hits which include: “SPINNING WHEEL,” “YOU’VE MADE ME SO VERY HAPPY,” “HI-DE-HO,” “WHEN I DIE,” “GOD BLESS THE CHILD,” “MAIDEN VOYAGE, and much more!

Worldwide audiences agree; there is nothing like a Blood Sweat & Tears show!