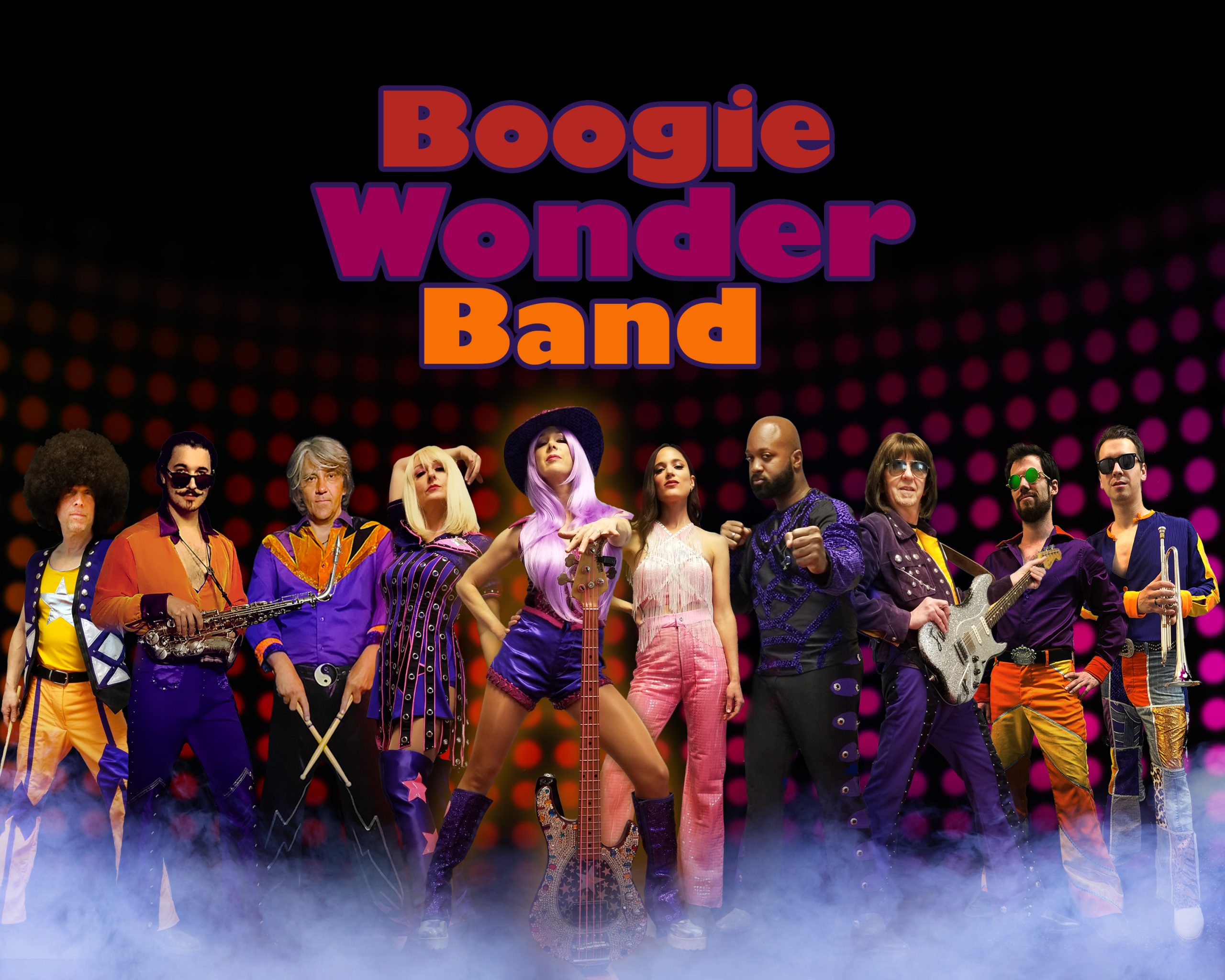 If we didn’t know better, we’d say that the Boogie Wonder Band arrived via a time machine because this 10-piece band busts out funk-a-licious grooves and disco-strutting jams. Channeling the era with a full-throttle, high-octane live show, each member dons eye-popping Las Vegas-inspired costumes and flashy personas. They don’t just hail from another land; they come from another decade – where Disco ruled the dance floors!

Over the years, Boogie Wonder Band has had the privilege to share the stage with Kool & The Gang, The Village People, Rick James, War, CHIC, KC & the Sunshine Band, Gloria Gaynor, Maxine Nightingale, The Trammps, Paul Shaffer, Pointer Sister, Styx, Foreigner and the who’s who of funk and disco.

After more than 3,000 shows worldwide, the Boogie Wonder Band has become this generation’s most celebrated DISCO band.