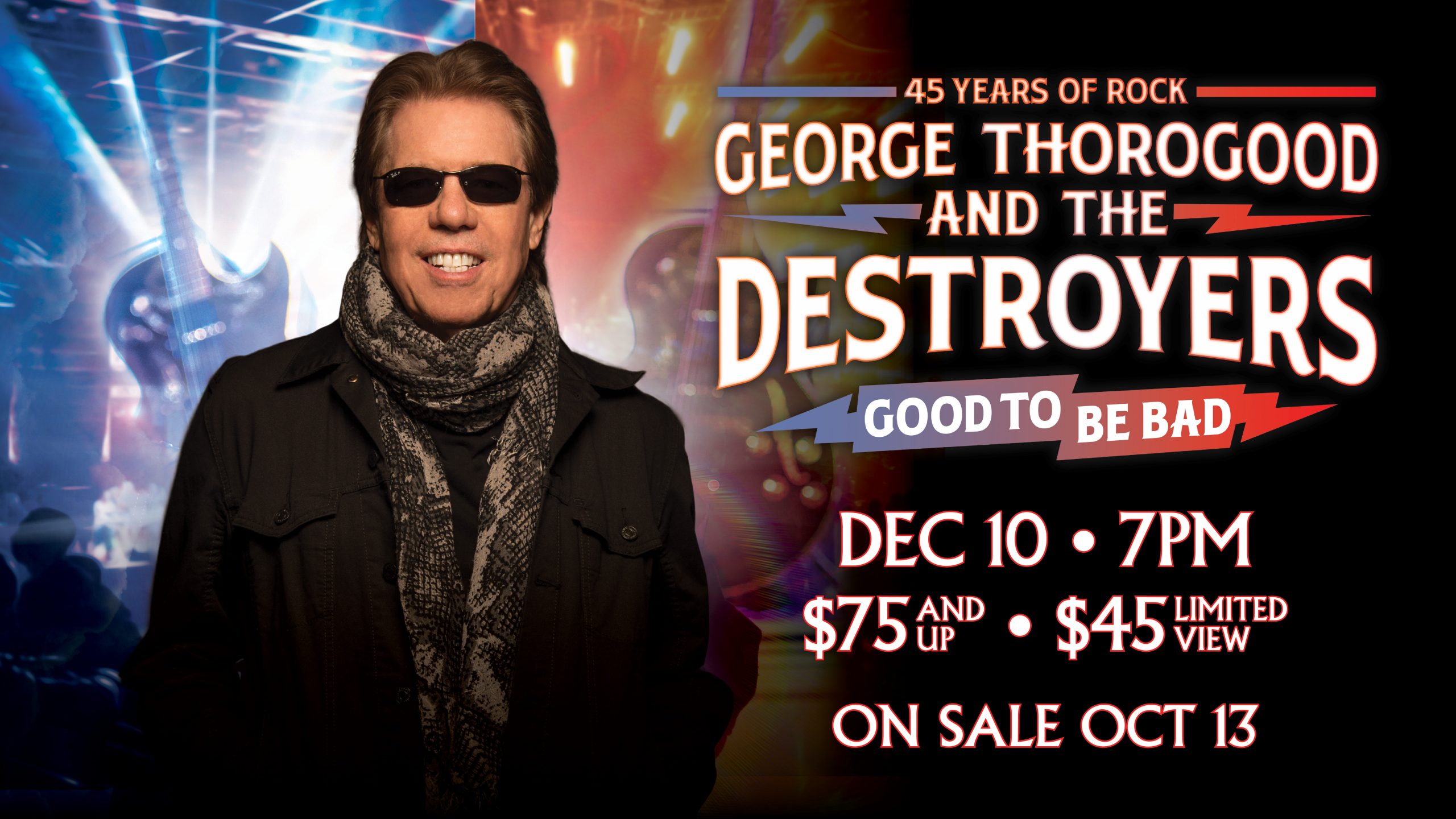 About George Thorogood & The Destroyers

Since 1976, George Thorogood & The Destroyers have sold over 15 million albums, played more than 8,000 ferocious live shows, and built a catalog of classic hits that includes “Get A Haircut”, “I Drink Alone”, “One Bourbon, One Scotch, One Beer”, “Move It On Over” and the definitive badass anthem “Bad To The Bone”. Now “one of the most iconic bands in rock & roll history” (Rapid City Journal) celebrates it all with their Good To Be Bad Tour: 45 Years Of Rock.

“If you’re content, you may as well be dead,” Thorogood says. “I think everyone has thoughts about retiring, but the phone keeps ringing. You want me and The Destroyers to come to your town, set up our gear, wear some cool threads and play ‘Who Do You Love?’ End of conversation. Let’s rock!”

It’s on a tour that George & band flip the switch nightly, delivering what The Toledo Blade calls a “gut-bustin’, guitar-wailin’, face-meltin’, take-no-prisoners, good old-fashioned lunch bucket rock-and-roll show”. The Sacramento Bee says, “The Destroyers remain as they have been for years – Jeff Simon on percussion, Bill Blough on bass, Jim Suhler on guitar, and Buddy Leach on saxophone. They are without doubt one of the best touring bands in blues-rock history.” Or as Rolling Stone once raved, “George Thorogood & The Destroyers play rock & roll hot enough to melt the polar ice caps and flood the world’s major population centers.”

But after 45 years of rock – and no signs of stopping – is it still good to be bad? George Thorogood instantly flashes that huge grin. “You bet it is,” he says. “We’ll always be the baddest band in the land. Expect our best on this tour, because that’s what you’re gonna get.”