In The Air Tonight: Celebrating the Music of Phil Collins & Genesis 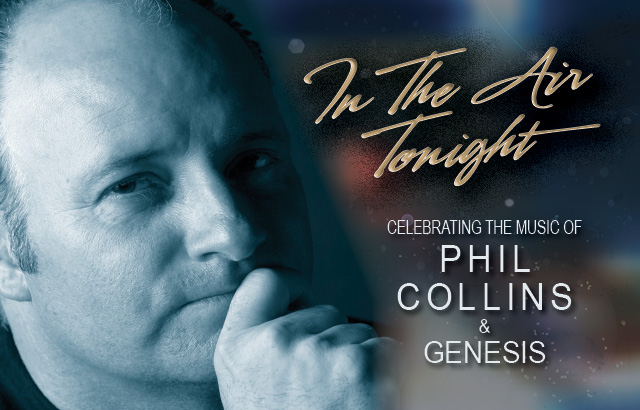 About In The Air Tonight: Celebrating the Music of Phil Collins & Genesis

“IN THE AIR TONIGHT” is a concert re-creation of our generation’s most prominent artist and band, Grammy award-winning artist Phil Collins and Genesis.

Phil Collins is one of only three recording artists, along with Paul McCartney and Michael Jackson. They have sold over 100 million records worldwide, both as solo artists and separately as principal members of a band. He has received eight Grammy Awards, six Brit Awards (winning Best British Male Artist three times), two Golden Globe Awards, one Academy Award, and a Disney Legend Award.

Packed with all the colossal hits songs, this concert extravaganza will take on a journey back to the hey-day of Phil Collins and Genesis. “You Can’t Hurry Love,” “Another Day in Paradise,” “Easy Lover,” “Sussudio,” “One More Night,” “Invisible Touch,” “I Can’t Dance,” and the titular, “In The Air Tonight,” plus all the rest.

Come and celebrate the music of Phil Collins and Genesis because there’s Something “In The Air Tonight.”