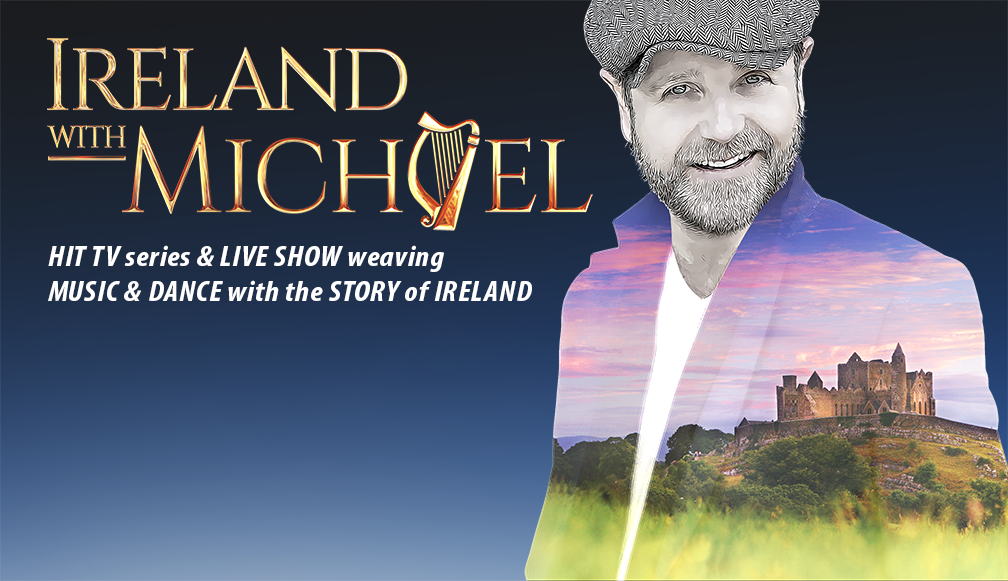 About Ireland with Michael

One of Ireland’s leading tenors brings you an evening of songs, stories, tunes, and dance from the heart of the Emerald Isle.

Ireland With Michael is a multimedia concert experience combining a five-piece band and world champion dancers and features the ethereal voice of celebrated tenor Michael Londra. The heart of this show belongs to Londra, who has won fans in every corner of the globe as the lead voice of Riverdance on Broadway, as a concert singer who has performed in 40 countries, and as the star of his Emmy® nominated PBS special

Created by and starring Emmy® nominated Irish tenor Michael Londra, Ireland with Michael aims to tell the story of Ireland through the eyes and hearts of its greatest assets – its creators, painters, singers, dancers, and storytellers. With 100% live music, dance, and song, the show generates an electric atmosphere that sweeps audiences away to Ireland, its culture, land, pubs, music, and soul.