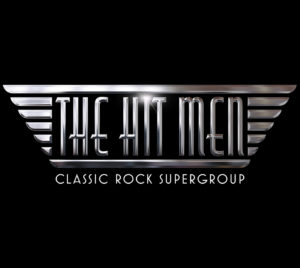 About THE HIT MEN

Relive Rock’s greatest hits with THE HIT MEN— the real guys who performed with legendary artists including members of Foreigner, Journey, Styx, The Hooters, Steely Dan, Cheap Trick, The Rascals, Alan Parsons, 3 Dog Night, Cream, Grand Funk, and The Who.

In their exciting multi-media show, THE HIT MEN not only perform the hits that they helped rocket to the top of the Billboard charts, but they share fascinating never-before-told backstage stories about their adventures on the road and in recording studios with the classic rock legends they performed with.  Hear “Layla”, “Don’t Stop Believin’”, “I Want To Know What Love Is”, “Feels Like The First Time”, “Eye in the Sky” and many more… just the way you remember them!

Come with us back to a time when Rock was King. A time when we were young and aspiring… exploring life, underscored by the greatest music ever recorded.